Reading: The Idol of Our Age

A book by Daniel J. Mahoney, subtitled "How the Religion of Humanity Subverts Christianity".

The humanitarian lie is in important respects less horrifying than the totalitarian one, but it is rooted in the same contempt for the political nature of man and the same ignorance of the human soul

But this reduction of charity ... to compassion and fellow-feeling ignores the fact that genuine love of one's neighbor is only possible because one discerns in him or her 'the image of God'.

Evil can ensconce itself in the very substance of the good, leading to profound spiritual, theological, moral, and political corruption, through a terrible, demonic or satanic falsification of the good. This is the most insidious path that evil can take, since it insinuates evil in the very heart of goodness. It thus poses a grave temptation for Christians and all men of good will.

Why, then, is Solzhenitsyn so hard on the pacifistic distortion of Christianity? Because evil is real, rooted in fallen human nature, and must be resisted if the things of the soul are to be preserved.

It's a tough-minded reflection by a Christian who knows that difficult choices have to be made in this imperfect world.

The beginning of wisdom is to know men are not gods.

Mahoney writes from a Catholic perspective, but is critical of the current pope, Francis, and few protestants would object to his characterization of the Christian Church and church tradition. The quotes above are the concepts I liked.

A bit heady, but IMHO I'd give it an overall grade of "B".

Anybody know where Mulligan's Valley is?

Asking for a friend.

Discovered on Ace of Spades website, A Balloon Site, Coventry by Laura Knight. According to Wikipedia:

shows a team of women hoisting a barrage balloon into position with the chimneys of industrial Coventry in the background surrounding the spire of Coventry Cathedral. WAAC commissioned the work as a propaganda tool to recruit women for Balloon Command, and Knight's composition succeeds in making the work appear both heroic and glamorous. 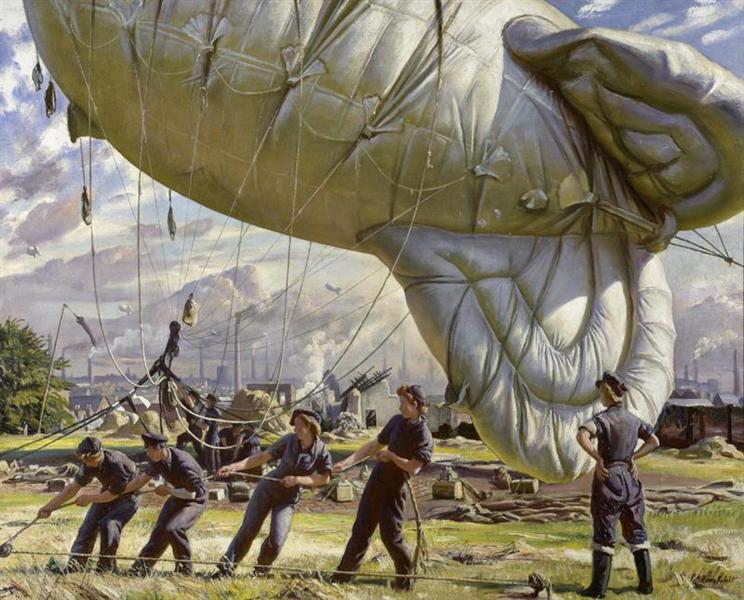 O dry bones, hear the word of the LORD

and behold, a rattling 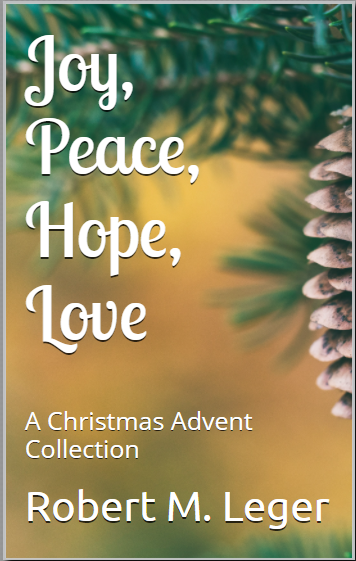 Ginger and Addison Olson are waiting for a phone call, one that will change their lives forever.

Later, Ginger isn't sure she should tell her mom something, and before she can decide, a cop comes to the door.

Ginger's mom wonders how she will get through this Christmas, there's so much to do. There seems to be so much to worry about.

Ginger and Addison's kids spend a chilly Christmas separated from each other, by tensions, troubles, miles. Will something change their hearts this year?

Psa. 68:4 Sing to God, sing praises to his name; lift up a song to him who rides through the deserts; His name is the LORD; exult before him!

:7 ...when you marched through the wilderness.

Eccl. 12:10 The Preacher sought to find words of delight, and uprightly he wrote words of truth.

Matt. 13:58 And he did not do many mighty works there, because of their unbelief.  [ESV Study Bible note: "The Holy Spirit does not force his miracles on a hostile, skeptical audience."]

While reading my ESV Study Bible recently, I noticed the question mark and how elegant and fine it was (see left). I looked it up and discovered that the ESV Study Bible uses the Lexicon font for the main text.

Lexicon is a serif typeface designed by Dutch type designer Bram de Does between the years 1989 and 1992.

Lexicon was De Does' second typeface, his first one being Trinité. After the release of Trinité, De Does held a lecture at the 1983 edition of ATypI. Some of his peers had asked him when his next typeface would be released, and in his lecture he announced that there would be no new typefaces from his hand. According to him, he would not be able to design something significantly different from the Renaissance inspired roman like Trinité. In 1989 however, he was approached by the designer of the Van Dale dictionary, who wanted to test Trinité for use at 7pt. De Does suggested to specially design a new typeface instead.

The first rough drawings were made with a felt-tipped pen, and then photographically reduced to be able to judge the design at the right size. The editors of the dictionary were happy with the results, and accepted the offer to produce the typeface. De Does worked together with Peter Matthias Noordzij, who used Ikarus to digitize the drawings that De Does made. The first version of 1992 was optimized for legibility at the point sizes that were used in the dictionary.

It seems to me to be very difficult to design a new font, as the letters and numbers have to be recognizable and there's not much room to work with, but I was struck, as I say, with the design of the question mark (and exclamation).

Kudos to Bram de Does.

(FYI, the rest of this post is in "Actor", selected by Typepad when I chose this design template.)

Who is John Galt?

"Rearden stood motionless, not turning to the crowd, barely hearing the applause. He stood looking at the judges. There was no triumph in his face, no elation, only the still intensity of contemplating the enormity of the smallness of the enemy who was destroying the world. He felt as if, after a journey of years through a landscape of devastation, past the ruins of great factories, the wrecks of powerful engines, the bodies of invincible men, he had come upon the despoiler, expecting to find a giant - and had found a rat eager to scurry for cover at the first sound of a human step. If this is what has beaten us, he thought, the guilt is ours.

He was jolted back into the courtroom by the people pressing to surround him. He smiled in answer to their smiles, to the frantic tragic eagerness of their faces; there was a touch of sadness in his smile.
"God bless you, Mr. Rearden!" said an old woman with a ragged shawl over her head. "Can't you save us, Mr. Rearden? They're eating us alive, and it's no use fooling anybody about how it's the rich that they're after - do you know what's happening to us?"
"Listen, Mr. Rearden," said a man who looked like a factory worker, "it's the rich who're selling us down the river. Tell those wealthy bastards, who're so anxious to give everything away, that when they give away their palaces, they're giving away the skin off our backs." "I know it," said Rearden.
The guilt is ours, he thought. If we who were the movers, the providers, the benefactors of mankind, were willing to let the brand of evil be stamped upon us and silently to bear punishment for our virtues - what sort of "good" did we expect to triumph in the world?"

Did you ever wonder how God feels about the election?

Just reading in Jeremiah. Israel had been captured by Babylon. A remnant of the population was left.

Jeremiah warns the remnant not to try to escape to Egypt, their common practice. God will take care of them in Israel, he says.

The people reject him, and specifically, God.

One man, Jeremiah's scribe, feels the rejection deeply and complains "Woe is me! For the LORD has added sorrow to my pain."

God tells Jeremiah to tell him: "Behold, what I have built I am breaking down, and what I have planted I am plucking up - that is, the whole land. And do you seek great things for yourself? Seek them not, for behold, I am bringing disaster upon all flesh, declares the LORD."

The ESV Study Bible notes on this passage say: "God informs Baruch that he (God) has lost much more than Baruch has. God has lost all he had built and planted - Israel's people and land."

I know, as of this writing, that it's not over. But what a mess. How could it be so close? How could we be so divided?

A new book, part of the 'it never happened' collection.

Another set of short stories, vignettes, scenes, fluff and puff.

She’d told the kids to use their inside voices while they were on Museum Day, but she knew that was going to be a somewhat relative thing. The hardwood floors drummed with every step, rustling jackets and backpacks, even the kids’ stage whispers bounced off wooden walls and the high ceiling. That was okay, they were kids, it was their job to be excited.

Miss Barker held up her hands. “This way, everyone,” she said, walking backward like a regular tour guide. She stopped beside a skeleton they hadn’t seen yet.

“Who can tell me what this is?” (She had been careful to place her bag over the plaque, but she was pretty sure they could figure it out.)

She smiled, though she also put a finger to her lips – not so loud!

“Yes,” she said, “and who remembers what we said about Pterosaurs in class?”

They paused a bit on that, trying to remember. Shawna’s eyes lit up first and her hand shot up.

As Miss Barker nodded and listened to Shawna’s correct answer, Barker also caught a quick look at Shawna’s mom, Bayel, grinning proudly. Good, she thought to herself. You should be proud of your daughter, she’s a very bright little girl.

They did a little circuit around the room once before she gathered them at one end. “Okay, we’re going to break up into three groups. Each group will pick a dinosaur and I want you to draw a picture of it and write down something interesting about it.”

“Should we draw them with skin on?” Tony asked, to a little chorus of giggles.

Available in Kindle or paperback format on Amazon.